​“Two ordinary people, doing something mundane, had
discovered that art and meaning, heroism and a
glimpse of heaven, are available to anyone,
anywhere, anytime.”

A Legend in Your Own Mind

It was a sweltering summer&rsqo;s day. Hot, humid and not even a hint of a breeze. As I ran past the marina, I saw that all the flags were hanging straight down, draped against the poles. No one was stirring; the early-afternoon heat had sent people indoors. Alone with my thoughts, I ran the deserted back streets of this little harbor town. I was sweating profusely and enjoying it. “I sweat to think,” a running friend once told me. Sweating, or what brings on the sweat, helps me think, too. It also makes me feel good about myself. This day, I was a king running through my kingdom.

Then up ahead I saw another human being. He was on a scaffold, shingling a house. I am fundamentally a loner who passes others without a word. But because this workman and I appeared to be the only living people in town, I felt the urge to speak to him. I called up, “Do good!” He turned my way, appearing to measure me and what I was doing. “Intend to,” he replied. Ordinarily, that exchange would be a long conversation for me. I have been on coast-to-coast flights during which I said fewer words to the strangers sitting next to me. But something compelled me to say more to this man. “God is watching,” I called to him. I had been brought up certain in the knowledge that God has his eye on me, recording every deed and misdeed. The man looked at me again and said, “Hope so.” In that one short response, he had made himself the equal of anyone on this earth and made what he was doing of equal importance to any other human activity. He did that for me, too. We were both doing what we do well and doing it the best we could.

His shingling was work. It was also what my running is to me: play. He had reached the level Robert Frost had defined: when “work is play for mortal stakes.”

The shingler had gone beyond that stage and transformed his work into an art. He was defining himself by what he did. And I suddenly realized I was doing the same. “The artist is not a special kind of man,” writes Eric Gill. “But every man is a special kind of artist.” Our art is living. What we call “the arts” are secondary. We live our lives in a special way and find in that our meaning. We hope God is watching.

I finished my run still thinking about my encounter with the shingler. Two ordinary people, doing something mundane (and in my case, something with no tangible product), had discovered that art and meaning, heroism and a glimpse of heaven, are available to anyone, anywhere, anytime. “George Sheehan,” one critic has said, “is a legend in his own mind.” Of course I am. So is the shingler. You should be, too. Each one of us must be his or her own hero.

Our highest human need is to be a hero; we are here to lead a heroic life. When we cease to be heroic, we no longer truly exist. A.E. Housman describes that condition well: “Runners whom renown outran? And the name died before the man.” What fame, you ask? The only true fame, I say-the inner celebration of self.

Heroism is ever available to each of us. Through ordinary experiences, the ordinary person can become extraordinary. Life boils down to finding the best means of expressing heroism; each of us needs to find our own personal arena, our true talent, our gift, our vocation. We all must be heroic, but in our own way. That way can include shingling a roof or running an hour on a sultry summer’s day. 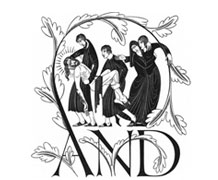