​“What I have lost I can afford to lose.
What I have gained is something I cannot do without.”

I first came upon the aging process in a race. I felt no sense of advancing years in my day-to-day activity. My work week was unchanged: I wrote, I traveled, I lectured. Some people marveled at my energy and endurance. It was my weekend race that finally told me I was no longer young. The changes that come with age are subtle-but not to a runner. My 10-K time measures me quite accurately. Any change in performance dictated by age is precisely recorded in minutes or seconds on the digital clock at the finish line. “Crumbling is not an instant’s Act,” wrote Emily Dickinson. And the physician in me knows that almost 90 percent of my liver has to be damaged before its impairment is apparent. The body has enormous reserves to call upon. But in the race, I call on all my reserves. I am operating at full throttle. The least diminution in function becomes evident. The race, therefore, is the litmus test for aging. Long before anything else goes, race times signal the approach of the last stage of life. A look at my weekly race results will tell you bluntly that I am no longer middle-aged. I am now a full-fledged citizen of the country of the aged. Three years ago when this happened, I refused to believe it. Running had been my fountain of youth. For years I thought it was inexhaustible, like the never-empty cup of coffee some restaurants offer. After I began running in my 40’s, I quickly became 32 years old and stayed that way. Decades came and went, and I was still in my prime. When my 10-K times slowed down and I began to run personal worsts instead of personal bests, I took stock. It was not age, I told myself. I had been 32 years old for the previous 20 years and did not intend to get older. All I needed was more training, some hills and speedwork, and I would be back to my best.

I took up arms against age. I increased my training and within a single Thanksgiving holiday ran four races. Each race I ran a little faster than the previous one, but never near the times I had registered the year before. And I was no longer in the top third of the field-now, I was well back in the second half of the pack. How did I feel about all this? Terrible. And don’t remind me that most people my age have run up the white flag. Do not tell me I can still outrun the average person twenty years younger than me. Do not point out that age has compensations that will more than pay for the lost few minutes in the race. I am rebuilding my life on those thoughts. But first, help me bury the runner I once was, and then we can talk about what the future holds. Apparently, it still holds plenty. My initial depression has receded. I realize now that there are more things at stake than setting a personal best in a road race. I can even answer truthfully (and this is the most difficult part) when someone asks me, “What was your time, Doc?” My times continue to get slower and slower. And, therefore, the “me” that I am is different. But the me that I am has developed insights and wisdom that I did not have before. What I have lost I can afford to lose. What I have gained is something I cannot do without. The race, however slow my times, remains an ever-changing learning experience. Whenever I race, I learn something new about myself and those who race with me. I will never be 32 years-old again, but it no longer matters, because I’ve learned that winning doesn’t matter, it’s running that counts. And when I push to the limit, I am a boy again-an untried youth listening to the wisdom of my body. 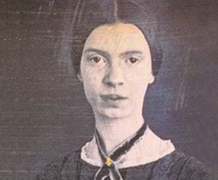 ​Crumbling is not an instant’s Act.

This was a Poet –

It is That
Distills amazing sense
From Ordinary Meanings