“There at the halfway point, all I could see
was evidence of heroism and the marvelous
endurance of the ordinary human body.”

The Marathon: Stage for Heroism

American poet James Dickey once said that you could go through your entire life in these United States without ever finding out whether or not you were a coward. I now have the chance to find that out every week. The race has become my theater for heroism, and of all the races, there is no better stage for heroism than a marathon.

n each marathon, I write and act out an epic drama. And while every marathon inspires my best, none stirs the heroic more than the Marine Corps Marathon. This race begins and ends near the Iwo Jima Memorial in Arlington National Cemetery. Preparing for the start, runners are surrounded by the graves of heroes.

Spanish philosopher Jose Ortega y Gasset wrote, “The hero is someone in continual opposition to the status quo. The hero is always becoming himself.” As I stood on the starting line at the Marine Corps Marathon, I was surrounded by such people-no longer satisfied with the status quo, desperately involved in the heroic project of becoming themselves. They had been their own drill sergeants through the self-imposed boot camp of marathon training. They were raw recruits, now fashioned into warriors. Common variety human beings, ready to take on the most grueling challenge devised by man.

I do not exaggerate. World-class runners approach the marathon with trepidation. Olympians fail to finish. Record holders collapse. This contest has consequences in pain and exhaustion unrivaled in sport. And all the more so because this agony is self-inflicted. The end of the marathon-and the end of heroism-is always just one step away. You can stop anytime you like.

But on this day, the heroes were out. At the halfway point, I turned to the runner next to me and said, “I have never seen such mass competence in my life.” I’d been running a pace that would guarantee me a finish in the top third of most marathons, and especially this one-a marathon for the ordinary runner. The Marine Corps Marathon is known for its organization but not for its fast runners; it’s a race for the first-timers and those in the back of the pack, people who a few years earlier viewed a walk to the store as an inconvenience.

But this day, the ordinary runner was no longer ordinary. The entrants, almost 12,000 in number, seemed like Marines themselves. They were combat ready and showed it. At the boom of the cannon, they’d set out in full cry, streaming past me right from the start. I’d covered the first mile in under 7 minutes, but hundreds upon hundreds had gone flying by in that short stretch. Now there were thousands of runners, a people’s army, ahead of me at the halfway mark.

These first-timers and back-of-the-pack runners were easing past me looking like experts-and experts is what they had become. They were going at a rate they had previously reserved for emergencies like crossing a busy street or catching a bus-and planning to maintain it for over 3 hours. .

Forget that disaster might lie ahead. Forget that many would eventually slow down, or even have to walk. There at the halfway point, all I could see was evidence of heroism and the marvelous endurance of the ordinary human body.

At mile 17, I began to witness the marvelous power of the human will. I had yet to pass a tiring runner. I was, however, slowing down. I had lost the lift in my legs. My stride had shortened. I had become conscious of my calves, my thighs, my arms. Soon the consciousness would turn into outright pain.

Runners were now taking longer at the water stations and were slower to start up again. But startup again they did, and they continued to crank out the miles. Mass competence had become mass determination.

An hour of this ordeal and mass determination became mass courage. Every runner was having the same experience: The body had forgotten how. The mind could not remember why. The driving force was the heroic passion that we had almost unknowingly brought with us to this struggle. This race had become a commitment beyond pain or exhaustion or any argument the body or mind could bring to bear.

We had begun this race near the burial ground of ordinary men who had become heroes-soldiers who in the end had found themselves a competence and determination and courage they never knew they possessed. When we returned, so had we. (1987) 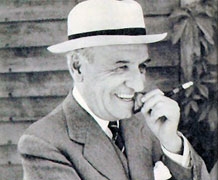 “The hero is someone in continual opposition to the status quo.”

“The hero is always becoming himself.”